We wanted to share our 2nd wedding anniversary date last Saturday, April 14. It is also our 16 years and 4th monthsary. If you have been following our cheesiness, we have been celebrating each month since we started dating…and not missing a month 🙂 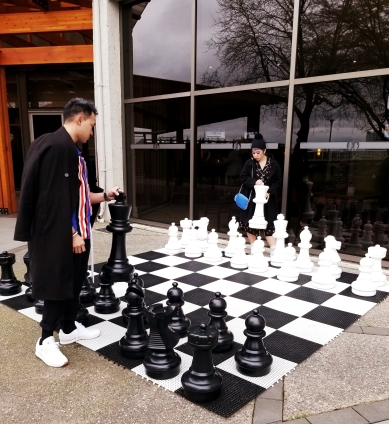 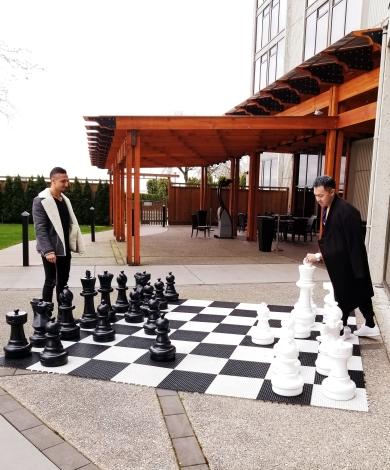 A few weeks ago, we received a one of kind gift from Amanda, Marketing Manager of Pacific Gateway Hotel. We were given a pair of tickets for The Vancouver International Fashion Festival called Power of Love as well as a complimentary one night stay at the hotel. Just so happened that the show is set during our anniversary! What a perfect timing!!! We were ecstatic for the show for weeks! We also brought our friend, Sheldon with us to watch the show. We are really grateful to Amanda for providing everything we need during our stay.

Fast forward to D-Day: We checked in around 4pm with no hassle. It almost felt like the calm before the storm. hehe The lobby was getting hectic but not too hectic, unlike the time when we were heading up to our room after the show…the line up was almost up to the door but they were getting quickly assisted. This hotel is a travellers choice for sure!

We went straight to our beautiful room facing the view of the Marina. The room we had was huge with a King-size bed, study table and a Plasma TV. The best part was the big mirror just outside the washroom and the kitchen, it was great for mirror selfies! hehe and yes, there was also a kitchen area where we had our Nespresso coffees! Just after the kitchen is the living room, where we were welcomed with a customised message on the TV screen! From the living room, we can also see the life-size Chess situated just outside the bar downstairs if you look outside. The cleanliness of the hotel, the hint of greens, and the earthy tones was an overall feel of Vancouver. 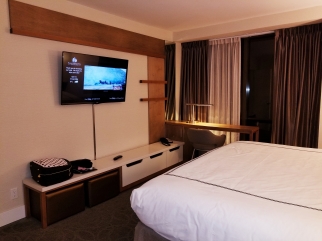 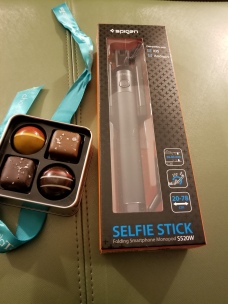 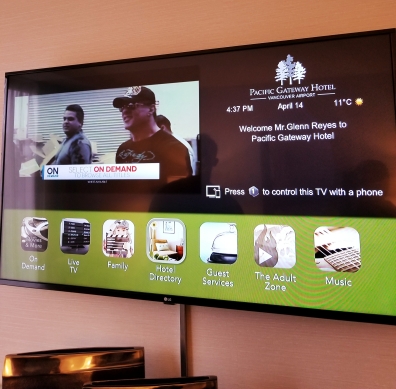 During the show, Power of  Love was a different show than what we were expecting..it is really the epitome of what the power of love really mean. It was a different vibe and the show has so much potential to grow for sure. Though it is only the second time they produced the show in Vancouver, it has already garnered sponsors and good reviews.

“The Vancouver International Fashion Festival , co-hosted by iPOP! and Nikko International Inc., had its inauguration last year with the intention that it be held every year in the spring and autumn. The Festival presents the world with different cultural elements in a unique form of expression.”

A unique twist in the show was the Festival presented a group of physically challenged models to show their unique fashions; artists that entertained us from singing to dancing; & there were also models who were wearing roller skates while they were in the runway!!! The over-all feels of the show was just fun and pure love. 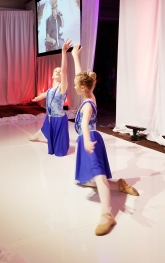 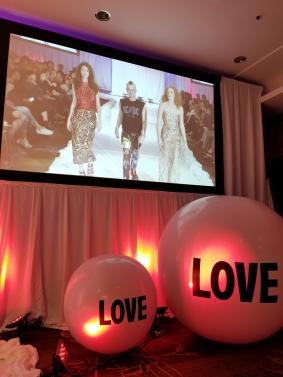 The Founder and Producer, David Chen is also the iPop! Canada, Vice President. iPop! The leading talent event which promotes emerging talents. We got the privilege of meeting him the day we checked out at the hotel, just before heading out we bumped in to him. What are the chances right?! Hearing what he said about how he started the show truly is a story to tell. He said his wife had only two things in her heart, Love for him and her  passion in art. Unfortunately, his wife passed away because of cancer and to commemorate her, he started producing this fashion show as an art form. The Festival’s giveback to society is to raise funds for Canadian Cancer Society. 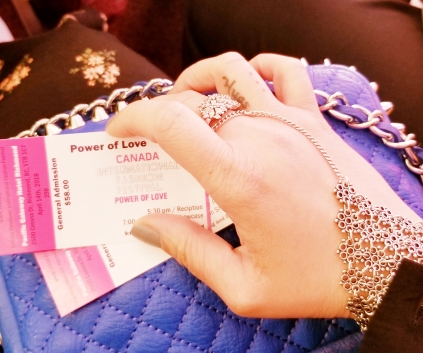 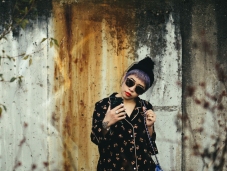 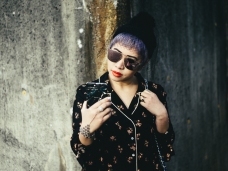 He Said: Self-confidence is the best outfit, rock it and own it. Have an awesome week!
Hugs and Kisses