Exactly a year ago we had the pleasure of working with Paul Vincent Photography and SecondSkin Make up by Jeri for our Engagement shoot.

When we were planning our wedding, both of us have decided to do a Modern Fairytale theme. So we wanted to carry out our theme from our engagement shoot to our actual wedding.

END_OF_DOCUMENT_TOKEN_TO_BE_REPLACED

This is another shoot we did with our good friend Sima. All of the photographers we did has different style when it comes to photography. Learning something in the end of the shoot is what we look forward to every time we shoot with them. Sima is very daring when it comes to taking photos. She doesn’t care whether she’s lying on the ground or climbing steps as long as she gets the right angle and the right feel of the photo. This was our great take away after the shoot and of course the actual end-product 🙂

END_OF_DOCUMENT_TOKEN_TO_BE_REPLACED

We took a break…a longggg break. It’s Hugs Dirty Thirty on February 28th. Kisses had to do some planning and we both did a lot of partying. Plus both of us getting sick practically the whole month of February too.

END_OF_DOCUMENT_TOKEN_TO_BE_REPLACED

They said to “love the process and the results will come”. That’s what we try to do when we do our shoots. Have fun! and the fun begins when you realise that there are already people around you that are willing to help you out even before you ask. This shoot is our third collaboration with another awesome photographer. We have collaborated with Kisses’ friend/coworker from her Tommy Hilfiger days, Sima. Working with different photographers are quite unique and fun! The difference between these individuals are really interesting and amazing. Sima’s a very passionate photog who doesn’t use lights but instead the natural lights from the sun. She doesn’t like editing on computers but rather on her camera. The passion she has when she takes our photos reminds us of our wedding photographer where she would actually lay on the ground just to take an angled shot, love love love working with her.

END_OF_DOCUMENT_TOKEN_TO_BE_REPLACED

New year, new and improve you coming right up! 🙂 or lets just hope for the best and try and do something about the changes you want to happen. We personally find it hard to do these “New Year Resolutions”.

END_OF_DOCUMENT_TOKEN_TO_BE_REPLACED

Christmas time! Finally here! favourite day of the year. A lot of things had been happening in our little lives. May it be bad or good but we still have to be thankful to the most powerful God and celebrate his birthday!

END_OF_DOCUMENT_TOKEN_TO_BE_REPLACED

Just like Jenna Rink wished..“I wanna be Thirty. Thirty and Flirty and Thriving”…It was indeed a crazy dirty thirty celebration! I was out every weekend…and maybe some of the weekdays. But it was definitely an everyday celebration. That’s why I haven’t done any blogging. PS. no gym as well for the whole month..well up to now. baahh

I still have 1 more day of celebration coming this weekend. With my girls who happens to have their birthdays on October as well. My lovely Octobrants! Late celebration because of our scheds. So technically…I’m not done celebrating! hahaha

Fall, start of layering season. Coats are coming out the storage. One of my fave coat is from Seoul, Korea. My Camel Coat with oversized lapel which I wore on my birthday celebration. I bought this coat as a gift to myself the first time I visited Seoul, Korea on December of 2012.

Speaking of gifts..I think I’ve never received this much gifts ever since my 18th birthday. hahaha Thanks y’all! 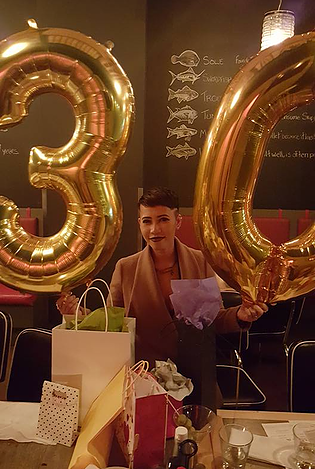 One of the gifts I received for my birthday is this sick haircut with lines and fades from my talented cousin JL. He even did Glenn’s. He’s a graphic designer and he just likes doing this for fun 🙂 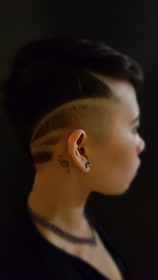 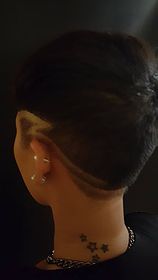 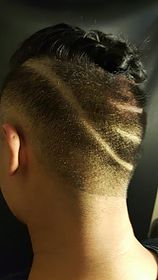 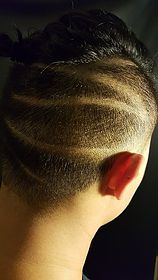 Lips aren’t sealed: Coats can be worn for a long time as long as you take care of them. Bring them out during the cold season and store them nicely when the season is over.

Rock it once, Rock it twice, Rock it multiple times: I’ve been using this coat for almost 3 years now.

Just like that…my 2-week staycation will end tonight. It didn’t feel like a staycation I’ve been out everyday, it was definitely an everyday adventure in the city. Tiring but fun…then tomorrow, I’m back at work.

One of my escapades during my vacay was a night till morning adventure with friends in downtown wearing my overalls. Jumpers or Overalls has always been one of my fave, it is such a unique piece. It’s comfortable and easy to style.

I usually wear it all year round. I wear my studded sandals with it during spring/summer and my suede booties during fall/winter. Layering during the cold season is also another fun way of styling this overalls.

Lips aren’t sealed: There’s a lot of misconception when it comes to rompers, jumpsuit, jumpers, or overalls. Sometimes I hear people call jumpers, rompers. Jumpers may come in as a full length pants, shorts or skirts and is meant to be paired with a top. Jumpsuit or Rompers is a one piece garment and is usually worn alone. Rompers is a combined top and short while Jumpsuit is a combined top and trousers.

Rock it once, Rock it twice, Rock it multiple times: From Day to night look. Pairing it with a tee to get a casual day look or pair it with a lace top to get the chic night look.

L.O.V.E. Just spent our unofficial 14th year anniversary in Whistler on September 14 🙂 So I decided to have him as my special guest to talk about his latest fashion craze, Extra Long Shirts.

Lips aren’t sealed: I noticed that these shirts have been up on blogs and on the streets the whole summer and I started to spot them in stores just before Spring. Actually, the first store that I personally saw carried this was Urban Outfitters. Maybe around last year?? I was out shopping with my fave Finlay Porter (Featured in my first blog post). These shirts were part of Urban Outfitters core items (Regular Item they would sell all year round). Fin bought one for $34 that time. Now they sell them for as low as $12 in H&M. That time I just thought that those shirts were made specifically..well..for him..a model, who’s height is double of mine. hahaha Glenn’s been obsessing about them but never really had the guts to tried them on because..let’s face it, he doesn’t have Fin’s height. hahahaha

It didnt really occur to me when these shirts actually started creeping in the market. I just suddenly saw them in blogs, on the streets, then finally in different stores. Since different stores started carrying them there was a greater chance that Glenn can find his perfect lenght and so he did. Glenn faced his fear and finally tried one on from Topman and the rest was history. haha

Rock it once, Rock it twice, Rock it multiple times: He’s been wearing these extra long shirts all summer long.

Be my Guest: Words by my Guest!

Lips aren’t sealed: Lately, these shirts had been my go to shirts. I find them really comfortable and unique. I’d usually wear them with skinnies so it won’t look sloppy because the shirt is already big and extra long. One of my Queen’s fashion advice that I keep in mind.

Rock it once, Rock it twice, Rock it multiple times: I have been wearing them almost everyday during summer. I wear them with trousers when I want to pull a formal look but still relaxed. For my casual look, I’d wear it with my joggers or my biker jeans.

Hectic Schedule last week. Then today I received a not so good news..I was hoping things would turn out the way I wanted it to..but it didn’t. So I was getting hit by Monday blues…then I thought to myself..everything happens for a reason. Besides it’s Monday, awesome things will sure to come this week…then I remember that this weekend I’ll be spending it with awesome people and that brought me back to my happy self again. Thank you for all the love that I received today…made me write about my little celebration of love with my Hugs.

Two weeks ago Hugs and I had a little celebration for our 13 years and 7th monthsary 🙂 I came straight from work so I just brought an extra top since I was wearing all black, way too hot! I kept my Black Midi-Length Full Skirt and my bowler hat of course! 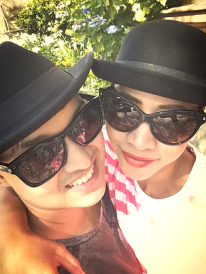 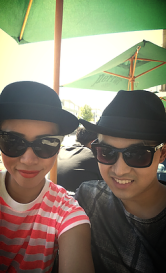 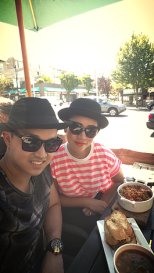 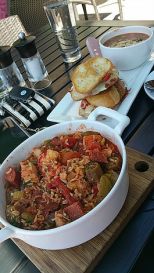 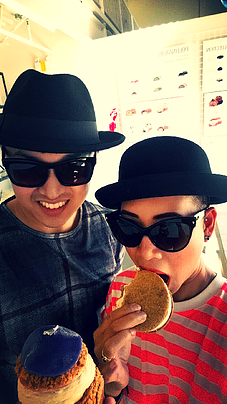 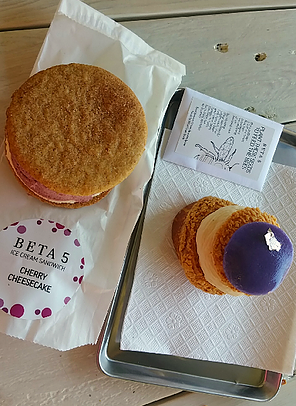 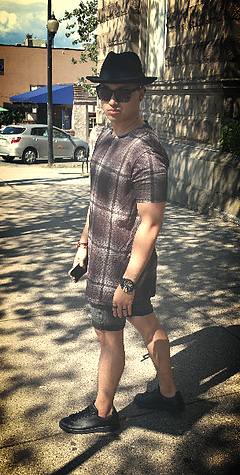 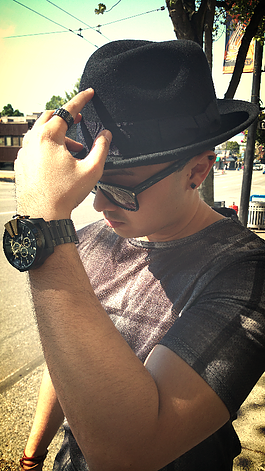 Lips aren’t sealed: I tend to like fashion pieces that won’t do because of my height. hahaha I usually end up hemming my clothes to make it tailored to my body. Just like when something is on trend it doesn’t necessarily mean it will look good on me. I have to choose my battle when it comes to choosing clothes to flatter my body. My supposedly full calf-length skirt is one of them. I literally had to chop off 5 inches to get the length that I wanted. I’ve worn this skirt for the first time last year on my friend’s wedding and you will see the difference on how literally how long it is. haha

Rock it once, Rock it twice, Rock it multiple times: Dress it up or dress it down this 50’s inspired full skirt can be worn anywhere; in a wedding, usually at work, & even on dates 🙂 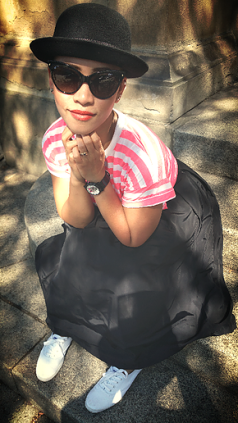 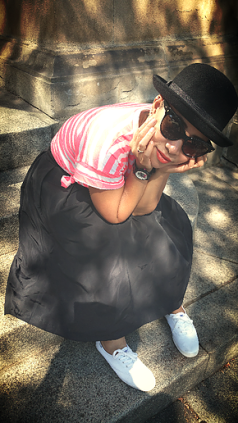 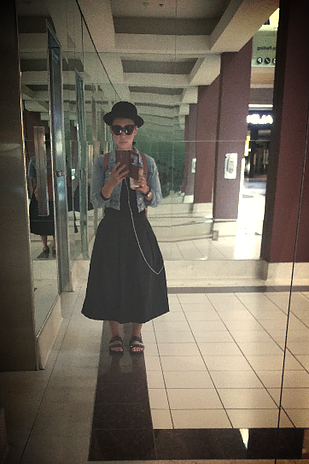 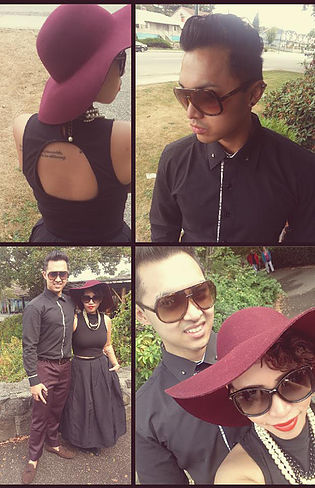